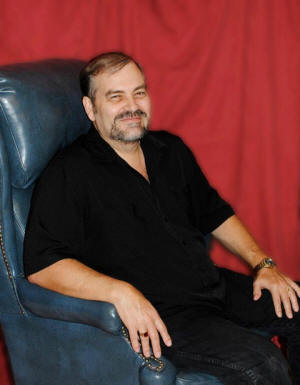 David Keith Gunter, Sr., of Pearland, Texas passed away on Monday, April 18, 2022, after leading one final Easter service. He was born in Pasadena, Texas on April 12, 1955, to Johnnie and Pauline Gunter. He graduated from Pasadena High School, and he married Shelly Kay Harrison in August of 1973.

As a teenager, he taught himself to play drums and guitar. When his band was invited to play a youth group event at Shadycrest Baptist Church, he fell for the young lady (Shelly) with the long brown hair, whose father promptly forbid them to date. That worked so well, they married two years later.

He had a career in automobile mechanics but always remained active in the ministry, serving as the Minister of Music at Forest Oaks Baptist Church for many years, through several memorable Christmas and Easter cantatas, and many food fellowships that slowly became banana pudding tasting contests when the church ladies figured out his favorite dessert. In retirement, he continued ministry work helping to run Less than the Least Prison Ministries. He had a passion for the prisoners that shone thru in his many years of service, resulting in his receiving the Governor's Religious Service Volunteer Award at the 24th Annual Texas Governor's Criminal Justice Volunteer Service Award Program in April 2019.

David delighted in his grandchildren and particularly in being the one to introduce them to ice cream, somewhat of a family tradition. His final complaint was that he didn't get quite enough of that amazing ice cream cake for his birthday, though he begrudgingly understood why his granddaughters would be best served by the leftover Mickey Mouse cake.

He was an active member of Shadycrest Baptist Church, and he always appreciated the church's support of his work with the prison ministry.

He was preceded in death by his sister, Beatrice Ann Gunter Thompson. He is survived by his wife of 48 years, Shelly Kay Gunter; his sons David Keith Gunter Jr., (and wife Ericka), Michael David Gunter (and wife Jena), his daughter Rachel Michelle Gunter (and husband Christopher Mathey), by 10 grandchildren and 2 great-grandchildren.

David will be interred in a private burial at Forest Park East Cemetery.

A public memorial service will take place at Shadycrest Baptist Church at 3017 Yost Blvd, Pearland, TX 77581 on Monday, April 25 at 10:30am. As opposed to mourning colors, those in attendance are asked to wear David's favorite color, blue.

In lieu of flowers, the family asks that donations be made in David's name to Less than the Least Prison Ministries at https://www.lessthantheleast.org/donate.php